For those of you who ski at Mt. Hood Skibow, you might want to know a little about the background of Petr Kakes -- The owner of the Hurricane Demo Service Center and the Olympic Ski School. Petr was a two time olympian on the Czech national team. He was a ski tester for Atomic and also a long-time speed skier. He has run 139 mph in Les Arcs, France and was a key person responsible for bringing speed skiing into the US and Oregon during the 1990s. In the past, both Skibowl and Willamette Pass had speed skiing qualification tracks. Skibowl's track ran down Canyon run. Look up Canyon and you will see a narrow cut through the trees. This cut made a straight shot possible from the top. There was even a starting tower at one point to increase speed.

Petr has run 108mph at Skibowl (105mph at night!). He is also an active competitor in the Arctic Man race in Alaska -- he has the speed record behind a snowmoble in that race. In coming posts, I will share some videos from both speed skiing with Petr as well as the Arctic Man race. For now, here is an old newspaper article featuring Petr and speed skiing.

Click the image to enlarge it in it's own window. 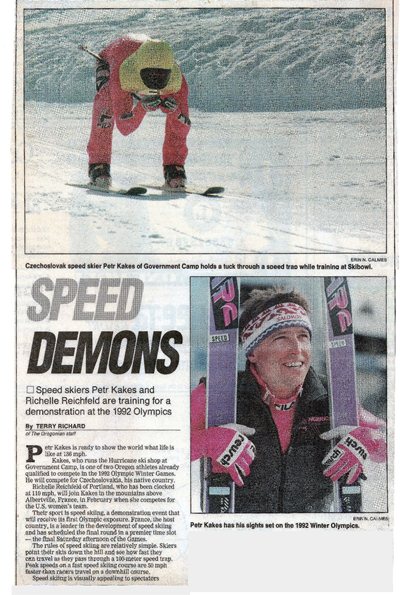 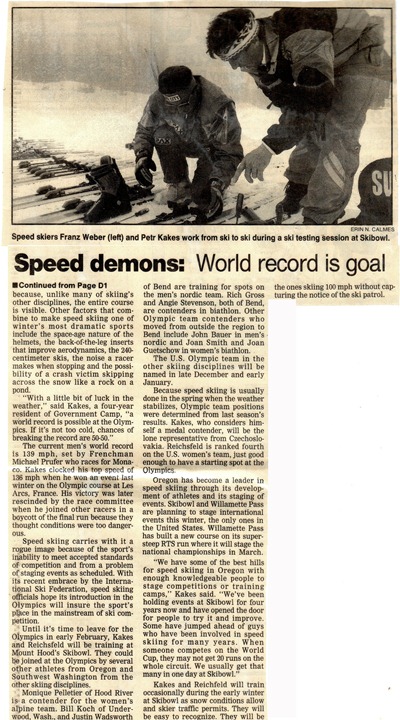